Building on a Legacy of Innovation

By Professor David May, FREng FRS

The report, ‘Centre for Cities + McKinsey: Industrial revolutions: capturing the growth potential‘ identifies High-tech and ICT South West as one of twelve globally significant and fast growth UK clusters. The cluster generates £4.8billion GVA and employs 69,000 people. ‘A diverse combination of electronics manufacturers, animation and computer graphics firms, digital start-ups, and university spin-outs sustains this well-established but not well-known cluster.’ Three organisations played a major role in the formation of the cluster: the microelectronics start-up Inmos, the information technology company Hewlett Packard and the BBC.

The Inmos office opened in Bristol on December 4th, 1978. This was the starting point for Bristol’s microelectronics industry, leading to the development of the Inmos Transputer, the first microcomputer designed for parallel computing. It was used by thousands of researchers and students around the world. It was used both in high-performance computers and consumer products; over 1 billion products incorporating the Inmos technology were shipped. The many highly skilled technologists who joined Inmos went on to attract investment to form new companies and enabled the region to attract global technology companies such as Infineon, Broadcom and Cray.

Hewlett Packard opened its centre in Bristol in 1983, initially manufacturing computer peripherals and subsequently expanding into software development and research. Like Inmos, Hewlett Packard attracted many highly skilled technologists who went on to form new companies such as IMDb and enabled the region to attract investment from global technology companies such as Oracle.

The BBC established its Natural History Unit in 1957 and resulted in Bristol becoming the global capital of natural history filmmaking with a rich cluster of independent production companies. Aardman are in Bristol because their first professional commission in 1976 was for the Take Hart series which put Morph and friends on screen for six years. As specialist areas grew, the opening of hubs like Watershed in 1982 created a space for interchange and profile raising. Digital innovation accelerated cluster development through the 00’s as arts and technology fused, giving rise to a diverse range of SME, micro and freelance creative enterprises, interconnecting networks of talent, ideas and disciplines with international reach and recognition

“Science Creates and its journey towards deep tech will change Bristol as much as Inmos, Hewlett-Packard and the BBC. The brightest entrepreneurial scientists are being attracted here, and once here they will stay.”

Towards 2000, there was increasing engagement between the cluster and the region’s universities, leading to collaborative projects including technologists, artists, researchers and students; obvious examples were the Bristol Creative Technology Network and Mobile Bristol project. Government funds including the Science Enterprise Challenge and University Challenge Funds provided support for university entrepreneurship and led directly to the SETsquared incubator (now part of Engine Shed) which has enabled and assisted many new ventures. More recent support for innovators and entrepreneurs includes the Pervasive Media Studio, the Bristol Robotics Lab, the Bristol Games Hub and the Quantum Technology Enterprise Centre. This has provided the launchpad for startups such as XMOS (and spin-out Graphcore), OpenBionics, Ultraleap and Plimsoll Productions.

Science Creates brings a new component to the Cluster: Science. No longer do science start-ups have to look elsewhere. The deep science IP of the universities and their graduates can take root here in Bristol. And as the activities grow they will combine with existing strengths in technology and arts and enable new areas of innovation and entrepreneurship.

Science Creates and its journey towards deep tech will change Bristol as much as Inmos, Hewlett-Packard and the BBC. The brightest entrepreneurial scientists are being attracted here, and once here they will stay. 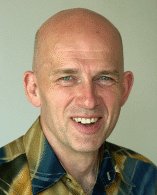 David May is a Professor in the Department of Computer Science at the University of Bristol.

SCV is thrilled to announce Nebu~Flow as the latest addition to the portfolio - a company with patented technology that could transform inhalation therapies and improve quality of life for millions living with respiratory diseases.
Read More
02/15/2022

Science Creates Ventures backs the latest in rapid diagnostics, partnering on a £2.6m raise for OxDX.

The team at Science Creates Ventures have kick-started 2022 by confirming an investment into OxDX, a Oxford University spin out.
Read More
01/20/2022

The inside story of GM Scientific, from the first days to its sale, from pioneering founder Maria Dugdale.
Read More
01/06/2022

Imophoron is a small company with a huge vision - to create a brand new class of thermostable vaccines. Meet its founder Frédéric Garzoni.
Read More