Where tech companies often use existing methods to solve existing problems, deep technology is based on years of research and development.

In this article, we will take a look at the Bristol companies working to overcome the world’s biggest problems. Step change, not small change. Deep tech is where seismic shifts in technology will come from such as new drugs, better batteries and quantum computers. Other examples include biotech, artificial intelligence, photonics and electronics, robotics, advanced materials and quantum computers.

We have seen that many venture capital (VC) funds are now making investments in deep tech start-ups, while established firms like Octopus Ventures have dedicated deep tech funds. These funds often focus on big problems like reducing climate change and addressing global healthcare challenges that can’t be addressed with software alone.

1. Graphcore
AI on a chip 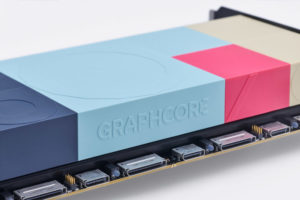 The company’s first chip, the C2 IPU or ‘Intelligence Processing Unit’ was released in 2018, and the company has since become Bristol’s first ‘Unicorn’ (a company valued at over £1bn). In February 2020 they announced that they had raised an additional $150m at a valuation of $1.95bn.

Herman Hauser, Co-founder of ARM Holdings and an investor in Graphcore, told Bloomberg News: ‘This has only happened three times in the history of computers [CPUs in the 70s and GPUs in the 90s]… [Graphcore’s] chip is one of the great new architectures of the world.’ 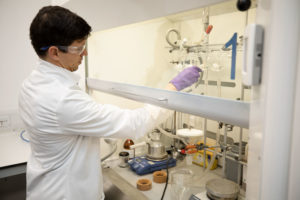 Carbometrics was set up by the team who created Ziylo, after the Bristol start-up was sold to Novo Nordisk in 2018. The technology is based on research originally conducted by Professor Anthony Davis at the University of Bristol and developed further by the Ziylo (and subsequently Carbometrics) team. They are also looking at developing glucose monitors for people living with diabetes 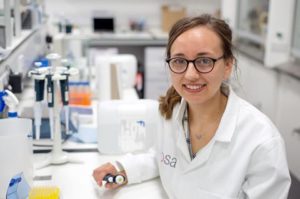 Rosa Biotech are creating a ‘synthetic nose’ capable of detecting a wide range of compounds, including the faint chemical signatures produced by diseases. Inspired by dogs’ ability to sniff out disease, their process combines an array of peptide barrels loaded with dyes, which are dislodged in unique patterns that are interpreted using machine learning. Where existing biosensors may suffer from only being able to seek out one compound at a time, theirs can be trained to recognise almost anything, providing potential benefits from everything from disease prevention to spotting counterfeit food and drinks. The technology was developed in the lab of Professor Dek Woolfson at the University of Bristol and spun-out in 2019. 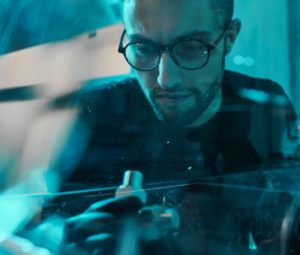 Anaphite was founded by Sam Burrow and Alex Hewitt in 2018. The pair started the company after seeing significant commercial interest in a process that Sam had developed for creating graphene composites. Graphene is an incredibly strong and conductive material that received a lot of hype starting from around 2004. The problem with graphene is that it’s so difficult to use that it can’t replace existing products like silicon just yet. But by combining graphene with other materials, you can harness some of its most important properties. That’s where Anaphite’s technology can help.

The company can make graphene composites cheaply, quickly and at scale. These composites could help to make better batteries, air purifiers, and heat exchangers.

“Our mission is to enhance the materials we rely on every day with graphene, to help power the sustainable energy revolution.” 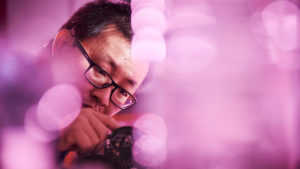 QLM are developing sensors that can detect and image gas leaks from over 100 metres away from the source. The start-up uses quantum-inspired technology to spot tiny amounts of leaks from a safe distance, allowing them to scan larger areas much faster and at a reduced cost than existing surveys.

Currently focusing on methane, the company is in the process of miniaturising their prototype, meaning it could be handheld, post-mounted or drone mounted. Methane is one of the most serious contributors to climate change, and leaks from the oil and gas industry are one of the biggest sources of methane release to the atmosphere. QLM’s technology could allow them to quickly identify and map the size of a leak, speeding up repairs and reducing the amount of methane leaked. They are also looking to adapt the technology to work for a range of other gases.

Bristol has a long history of world-class academic research, but this has not always been well translated into products and services that can make a difference outside of the lab. Deep tech companies need more than just desks and Wi-Fi. They need lab space, more investment and sector specific business support. This has started to change in the last four years thanks to additional infrastructure and increased resources in the University of Bristol’s commercialisation team and additional funding in Bristol.

Science companies require the potential for change and large impacts in some new technologies to be recognised. Bristol is seeing an increase in the number of spin-outs in the city and greater investment from angel investors and venture capital. For growth to continue, we need to see more investment in infrastructure (i.e. lab space) and more money channelled into deep tech start-ups. We are working on both.

Growing a deep tech ecosystem is expensive and slow, but the benefits for humanity could be unmeasurable.

To launch Science Creates twe produced a printed newspaper, to tell our story and share our vision
Read More
8 Dec 20